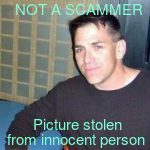 Report: Is a Hazardous Materials/Environmental Specialist (private contractor) with a Hazardous Materials/Environmental Management from University of New Orleans, Louisiana . Is 46 years old and born in Greece to a Canadian woman and a Greek man. Indicates his original name is Jimopolous Vasilakis. His father died at the age of 10 and he moved to the US at the age of 18 when his mother married an African American. He was raised a strict Baptist and grew up in the ghetto. At the age of 21 he enlisted in the USAF and retired after 12 years, at which point he became involved with hazardous materials including blowing up bombs. He was a trainer and moved to Edmonton because of a woman inn 2007 to 2008. The relationship ended after 1 year. He remained unmarried because his job was dangerous and he did not want to leave a wife and children behind. He provides a picture of Turkish friends he has, he and a family who are picnicking and indicates he spent the month of October in Afghanistan. His vernacular is very good, he mentions he lives in a condo by West Edmonton mall (many people in Edmonton live on the west end). He says things like “being alone sucks and he likes perogies”. He likes to write poetry. Lists a long list of foods that he likes, a long list of artists. Replies to emails in a personal way. He indicates that he wanted to meet on a weekend, but he has an opportunity for a hazardous assessment job in North Carolina and would understand if I couldn’t wait 12 days until he returns. He indicates the job is done early and that he is playing on coming home early, but that he is having trouble with a shipment of special chemicals and can’t get a hold of the shipper. Ultimately the shipper has illegal chemicals with his things and can’t be found and he is held for detention and must pay a huge fine or he could lose everything and go to jail. 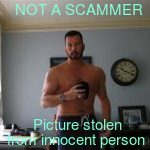 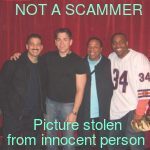 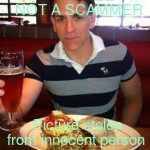 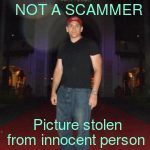 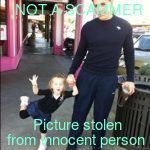 This listing is from RomanceScam.com archive

Comments off
Posted in Male profiles and tagged as archive, romance scammer
« Previous Next »
Comments are closed.