Gallery of pictures most commonly used in scams

Pictures most commonly used in scams

This is the photo gallery of pictures that are most frequently used in scams. These pictures have been abused by scammers for many years, and in spite of warnings on many scamlists, they STILL keep resurfacing over and over again.
ALL PICTURES ARE STOLEN FROM INNOCENT THIRD PARTIES. In reality, the scammers are Africans from Nigeria and Ghana. People on the pictures are not associated with scammers in any way, they are just victims of identity theft. If you are contacted by somebody using these pictures on a dating site or a social network, you are being scammed.The complete scam reports on scammers using these pictures you can find on RomanceScam.com, this is just an overview. 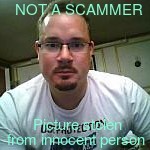 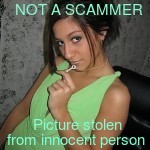 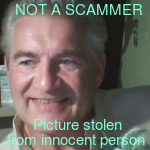 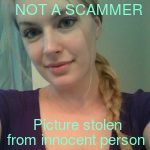 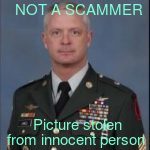 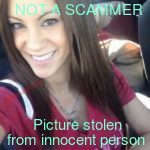